skip to main | skip to sidebar

Taylor is now 2 years old!!!!!!!!!!!! Crazy isn't it. we had to celibrate his birthday a few days early because Chris wasn't going to be there for his actual birthday due to work (Sherwin-Williams) and school.
Taylor's favorit meal is Pizza so for his birthday Dinner we each made our own indaviual pizzas.
For his birtday he got from us a rocket ship tent from Toy Story, a Toy Story 3 toy and a pair of gloves. From his Grandma and Grandpa Mars he got cloths and a My first Book of Mormon. And from Dan and Lesley and the kids he got a Buzz Bomb. He really injoyed everything he got. He also got $15.00 from Papa Dave and Grandma Hargadin which so far he has gotten a new pair of shoes and the rest of the money will be spent on other toys. 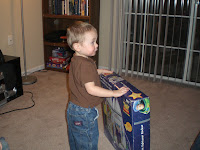 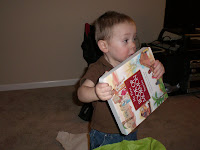 We then ate His birthday cake which of corse had to have something to do with aviation so it was a hot air balloon. 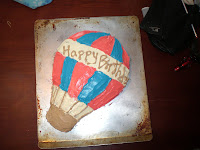 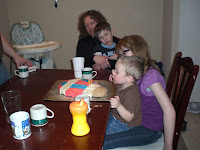 Posted by Chris & LaTrisha Mars at 5:56 AM No comments: 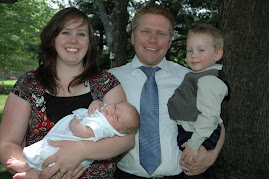